In this guest blog, freelance Journalist Lydia Wilkins describes what it’s like to have no filter and how this affects her experiences using public transport.

As the drumbeat begins to pick up, my panic-or, I should say, my ‘meltdown’-begins to fade; my hands stop flapping, my hearing and vision is no longer impaired. The overwhelming sound that started this off is a long way away now; I finally begin to feel calm again. Human, even.

Two months prior to my sixteenth birthday, I was diagnosed with Aspergers Syndrome. It wasn’t a surprise to anyone, least of all me; one issue that kept coming up, time and time again, was my inability to filter sounds.

When you’re at home, what do you hear? What do you see, even?

I’m guessing you see either a plate of food when you come home, or you’re concentrating on the latest Netflix box set that has you captivated by its plot. One task at one time.

I can hear the television set, the scrapping of cutlery, the dog stirring in his basket, the wind outside, the lights flickering, the clock ticking, a door hinge cracking, pages of my book turning, someone tapping their fingers, the neighbours talking.

This is all at once, and it’s distracting; I cannot separate the sounds, or focus on one. And at times it is so overwhelming.

As a toddler, when out walking with my mother and grandmother, I had apparently said “The wind is too loud.”

This set off the train of thought that I was most likely on the Autistic spectrum; classrooms were loud environments, and I would take myself off to the library for the quiet when at secondary school. Later on I would find projects to be working, to keep away from environments like this, such as putting together a school magazine.

This is hard to reconcile with my ‘day job’; as a freelance journalist, albeit newly qualified, I could be at an event, interviewing some figurehead, meeting a source, visiting a newsroom. I wouldn’t ever change my profession, because it is something that I love; I consider it a privilege. But I have to travel by train a lot.

This is a place that is a sensory nightmare at the best of time; there’s a lot of sound, a lot of people, and quite often there’s nowhere to sit. To have no filter for sound makes it hard to concentrate, and it can be painful.

I remember sobbing on a train, going to London; trying to navigate a route which is not familiar, as well as getting around cancellations, and coping with the noise was horrific.

I could hear the screech of the doors as they close, the thud as we stopped, the chatter of the newly engaged couple, a small child screaming because they were terrified, the shouts of an angry father, the crunch of the man opposite eating his food, shoes slapping the floor. The intercom system would also blare out where we were; the driver would speak at regular intervals, to reassure his passengers. Meanwhile, more and more people were getting on, piling in.

It sounds silly, doesn’t it? And it’s ridiculous, considering that I am able-bodied, and technically a ‘grown up’. That little voice still goes round inside my head: “it’s all in your head, this should not be affecting you, you’re just being stupid.”

“Everywhere I go, I want them all to know, that we can go on and on… Nobody loves me better than you.”*

The song finishes, and I begin to smile again; I know that I can now go about the assignment I commuted for.

What I would support is the introduction of ‘quiet carriages’ across all rail networks; this would make commuting easier for someone like me. Sometimes justifying an invisible learning disability is complex, and the hoops to jump through are numerous; this would be taken out of the equation.

* Lyrics are taken from “Nobody Loves Me Better” by Anastacia from her 2017 album Evolution.

Lydia Wilkins is a freelance NCTJ qualified journalist; she has written for The Independent, Disability Arts Online, BN1 Magazine, and more. She was also previously an online columnist for The Mid Sussex Times. Having been diagnosed with Aspergers Syndrome two months shy of her sixteenth birthday, she decided to document what life was like with the condition via her blog, mademoisellewomen.com. She is also a Journalism Diversity Fund alumni. Her heroes are Sir Harold Evans and Jacqueline Kennedy.

Another First of a Kind Win for JNCTION 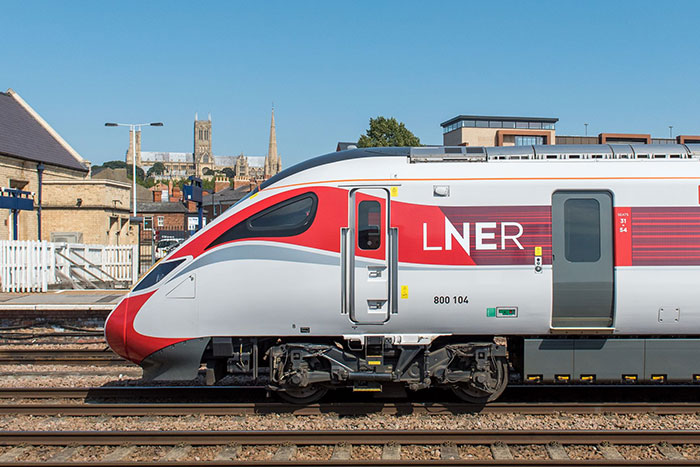